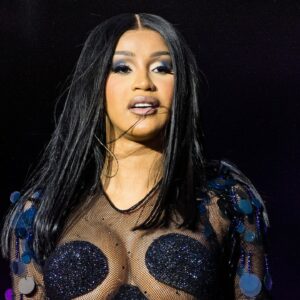 Cardi B has won a years-long lawsuit regarding the cover art to her 2016 mixtape. Her legal team confirmed that a jury at the Central District of California Court in Santa Ana ruled in the rapper’s favor “on all counts” on Friday (October 21). “I wanna kiss Gods feet right now …..IM BEYOND GRATEFUL!!!!” Cardi tweeted after the verdict.

Back in 2017, Cardi B was sued by a man named Kevin Michael Brophy, Jr. over the alleged appearance of his back tattoo on the cover of the rapper’s 2016 debut mixtape, Gangsta Bitch Music, Vol. 1. When reached by Pitchfork, an attorney for Brophy provided the following statement, which also referred to Cardi B’s former manager, Klenord “Shaft” Raphael:

In the original complaint, Brophy alleged that the rapper, without his knowledge or consent, “misappropriated the unique likeness of [his] body art and image[…] in a misleading, offensive, humiliating and provocatively sexual way to launch her career in music and entertainment.” Brophy and his lawyers have been seeking at least $5 million in damages.

In 2018, Cardi B and her lawyers responded: “The suggestion that any of Cardi B’s success, or income, in any way arose from or is attributable to the use of the tattoo image in that early photo is simply ludicrous.” In addition, they said the artwork features “another man (not [Kevin Michael Brophy, Jr.]).” They explained:

Cardi B and her attorneys also alleged: “What is [Kevin Michael Brophy, Jr.] really seeking? Simple: Whatever piece of Cardi B’s income he can gouge out, and whatever free ride on her famous coat-tails he can gain, through the extortionate means of this unfounded, preposterous action.”

At a hearing earlier this year, according to Rolling Stone, the presiding federal judge, Cormac J. Carney, remarked “I don’t think this case is a complex case, but I think it’s a very interesting case, and it’s one I think the jurors would enjoy.” 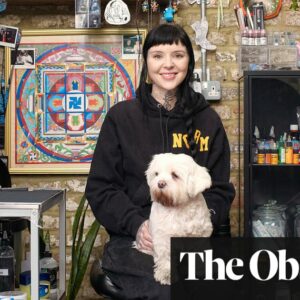 One thought on “Cardi B Wins Jury Trial Over Mixtape Artwork”