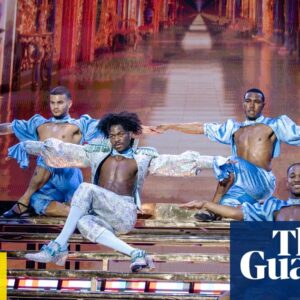 Lil Nas X is the rare pop star who has survived the whiplash caused by sudden fame. After his 2019 country-rap debut, Old Town Road, went from TikTok curio to US No 1 quicker than you can say “yeehaw agenda”, his debut album, last year’s Montero, cemented his status as pop’s newest superstar. Musing on fame, sexuality and mental health, it alchemised the 23-year-old’s tricky upbringing into gold-plated bangers and downcast anthems for dispirited youth, upsetting racists, homophobes, rap gatekeepers and trainer companies with expert precision. The live arena remained his final frontier – the only previous showcases for his onstage prowess were a slew of elaborate, headline-grabbing TV performances featuring same sex snogs and unfortunate wardrobe mishaps. On his first ever tour, Lil Nas X delves into the album’s gloriously queer, David LaChappelle-esque world.

A thoroughly modern superstar – incredibly online, instantly divisive, proudly anti-genre – Lil Nas X’s ability to immaculately court (and curate) attention and controversy also feels like a throwback to a bygone era. In fact, the show – formatted as theatre, complete with its own Playbill-style programme handed out upon arrival – has the feel of a slick 00s pop extravaganza. For a start, there’s an elaborate, overarching conceptual framework. Based on the highs and lows of Lil Nas X’s accelerated, barrier-breaking career progression, it’s split into three sections: Rebirth, Transformation and Becoming. The chintzy set dressing – all gilded drapes, Y2K-era butterflies and neon-hued regalia – feels like a Britney Spears fragrance advert, while the lack of band, and the fact that the backing track of Lil Nas X’s voice can still be heard even when his mic is pointed towards the front rows, only adds to the glorious time-warp feel.

The show’s chronology does, however, mean that we start on a bit of a downer, with Nirvana-sampling early single Panini (“Said you wanted to see me thrive / you lied”) deflating a hyped crowd. Tales of Dominica, with its musings on emotional dislocation, only lasts about a minute before the lilting Sun Goes Down – a journey from suicidal thoughts to self-acceptance – is heralded by Lil Nas X’s intro of “before we get turnt the fuck up, let’s slow things down”. Things only really get turnt the fuck up when a celebratory Old Town Road eventually roars into view (its start is delayed, somewhat brilliantly, by a technical issue involving a mechanical horse), before morphing into Ginuwine’s Pony complete with Magic Mike-style pelvic thrusts.

From there Lil Nas X: The Musical settles into its groove, with the second act balancing songs exploring fame’s fallout (the excellent, gospel-tinged Dead Right Now) with the horny frustrations of the Hey Ya-esque That’s What I Want. It’s a segue that’s assisted by an onstage, Cinderella-will-go-to-the-ball costume change, with his eight dancers turning the venue into the regency-style set into a New York-style ballroom. Beyoncé’s throbbing Pure/Honey is given the full vogue treatment before Lil Nas X, now dressed like someone who escaped from the palace of Versailles, kisses one of his dancers while silhouetted behind a curtain. It’s a relatively coy moment for a show that wears its queerness proudly – at one point he thanks the crowd for “coming to see me be gay”, while his signoff is “get home and fuck safe” – but is also in keeping with a fairytale narrative that references Peter Pan and The Wizard of Oz.

By act three, he starts to celebrate his position of power. An interlude entitled The Burial of Satan, featuring the young rapper denouncing religious homophobia, is followed by a raucous wake, complete with a barn-storming, hell-based Call Me By Your Name, Nas X’s puppyish onstage demeanour whipping up the front rows as the song shifts into Missy Elliott’s Get Ur Freak On. New song Down Souf Hoes is a stop-start strip club anthem, augmented by 10 fans who are brought on stage to twerk before quickly being dispatched again. The main set ends with the braggadocious Industry Baby, Nas X’s two-fingered salute to those that couldn’t get their heads around a Black, gay, rapper becoming successful. That it’s performed on a set made to look like Barbie’s locker room by nine men dressed in glittery varsity crop tops only adds to the song’s potency.

After a delay, which leads to some people leaving early, Lil Nas X re-emerges to encore with recent single Star Walkin’. Dressed like a space-bound Liberace in a silver foil jumpsuit, he leans into a song that reaffirms his journey and where his head is at now. “Why worship legends when you know that you can join ’em?” he raps as retina-piercing lasers shoot out across the audience’s outstretched hands. One album in, he may not quite be at that level yet, but you wouldn’t bet against him getting there.

AFAS Live, AmsterdamDivided into three acts, this giddily theatrical show combines Y2K excess with a glorious affirmation of a none-more contemporary pop superstarLil Nas X is the rare pop star who has survived the whiplash caused by sudden fame. After his 20… 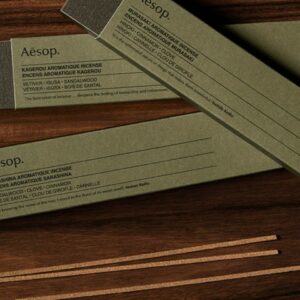 Following its foray into fragrances, Aēsop now expands its offerings for the home with its Aromatique Incense series. Formulated to smolder gently with delicate ribbons of aroma, the incense is available in three therapeutic scents: Kagerou, Sarashina, and Mu… 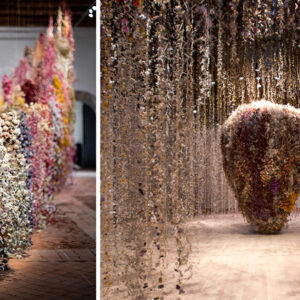 For millennia, dried flowers have been prepared for a vast array of uses ranging from decoration and fragrance to pigments and medicine. British artist Rebecca Louise Law taps into our perennial fascination with florals for her monumental, immersive installat…